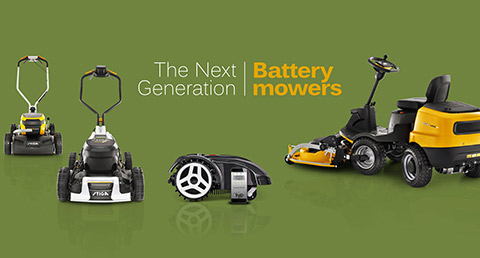 Stiga Group (formerly GGP Spa) is a European manufacturer and distributor of lawnmowers and a wide range of motorized garden tools. Our headquarters are in Castelfranco Veneto in Italy. Stiga has 13 subsidiaries in Europe (Austria, Italy, Benelux, Czech Republic, Denmark, Finland, France, Germany, Norway, Poland, Sweden, UK). In fact Stiga distributes and sells its products in over 70 countries around the world.

Stiga was originally a Swedish brand known for the production and distribution of lawnmowers. As well as a wide range of motorized garden tools and snowmakers. In the year 2000, Castelgarden SpA  acquired Stiga via a merger with Alpina Professional & Garden SpA, both located in Italy. The company’s expansion in Europe continued with the acquisition of Mountfield. Together they formed Global Garden Products (GGP) Group then renamed Stiga Group in 2017.

So the STIGA is a leading European producer and distributor of garden tools, machinery and equipment. We offer five premium brands combining 90 years’ experience: STIGA, Alpina, Mountfield, Castelgarden and ATCO.

Today, STIGA Group sells over one million quality gardening tools every year. Each of our brands focuses on innovation, simplicity and safety.

So with a head office in Italy, and 13 representative offices in key European cities, we are present in over 70 major countries worldwide.